Can you tell us about yourself and how your career in e-mobility kick-started?

It was in the early 90’s that I became increasingly concerned about our environment, air pollution, and the use of the planet’s limited resources. So, I began a determined journey of challenging the status quo through the sustainable development of our transport systems, which I believe is one of the biggest tools a tour disposal to progress cleaner societies as well as playing a big role in triggering a common consciousness and care for our natural environment. I bought my first electric vehicle in 2011, a Nissan Leaf 24 kWh battery. Ever since, I only drive electric vehicles. 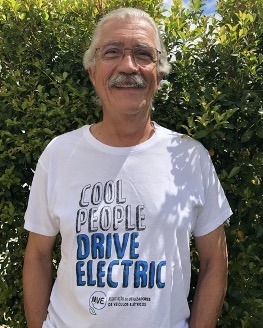 Early adopters of electric vehicles in Portugal (both cars and motorcycles) began organizing regular events in 2008 (motorcycles) and 2011 (electric cars). We felt there was a need to organize these events ourselves in order to interact with government leaders (local, regional and national), as well as the manufacturers of electric cars and bikes and the constructors of electric chargers. In one phrase, UVE was built from the ground up with the whole emobility system in mind. It has always been inclusive of all stakeholders of the emobility movement.

After our 3rd Electric Vehicles National Meeting in 2015, with 199 electric vehicle drivers participating, we decided to establish UVE – Associação de Utlizadoresde Veículos Elétricos, the Electric VehicleUsers Association of Portugal, on the 6th of December 2015.

Can you tell us about UVE’s role and impact in the e-mobility space?

It’s different when you act as a legal organization with legal registration, with elections of the board of the association and with members that decide in a General Assembly what to do, how and when to interact with all other stakeholders. We are not just people that “lunch together” and interact only within our “electric bubble”.

Who are UVE members today, and who is missing to make it stronger?

Originally, we were 20 founders. Now we are more than 740 members, 13 managers, 60 volunteers and 1 full-time employee (all of us, including management, are volunteers).We have a small headquarters at a co-working space. But we have organized dozens of events all around the country. Who is missing to make it stronger? YOU, that’s our answer! Everybody is needed to spread the advantages of the electric mobility!

How do UVE partnerships work together to propel the e-mobility. movement in Portugal?

At UVE we have different partnerships with electric vehicle and electric charger manufacturers, with the commercial enterprises that sell the vehicles (cars, vans, trucks, bikes, etc.), the charging equipment (wall chargers, AC/DC charges, software systems, etc.) as well as with CPOs that provide discounts for our members.

Can you tell us about Portugal’s progress in developing e-mobility country-wide and what actions are required to continue this progress?

Portugal launched the first Public Charging Network for Electric Vehicles in 2010, with around 1.000 AC chargers of 3.7 kW. This same year a private company launched 5 fast chargers of 50 kW. Today, we now have more than 4.500 AC chargers most of which are 22 kW and over 850 fast, super and ultra-fast chargers. We also now have the first 2 public HUB´s to charge 12 electric vehicles simultaneously. Nevertheless, it’s not enough and there is a great need for more policy action that addresses fiscal benefits and discounts for purchasing an EV, and positive discrimination with parking, tolls, etc., to incentivise more and more people to buy electric vehicles.

“We don't have too much time, but there
is still time enough. Let's do it!”

How has the pandemic impacted mobility in general, as well as the e-mobility movement specifically, in Portugal?

Well, the pandemic has had a very tough impact on the economy and the society in general, but it also showed everybody the change that can be achieved in urban zones and big cities without air and noise pollution. Colours were brighter, we could listen to the birds sing, a lot of wild animals ventured to areas that were previously occupied by humans… Here in Lisbon, we even saw dolphins swim around the Tejo river. All of us could confirm by ourselves what we normally heard at different seminars, debates or different types of talks. “A picture is worth a thousand words”. 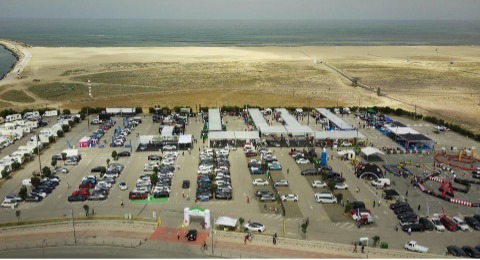 In your view, what are the biggest challenges we need to overcome to progress e-mobility across Europe?

European policy needs to ensure more fiscal benefits, wider-spread and faster Public Electric Vehicle Charging Networks. Essentially more chargers, more power and multi-charging stations are what is needed across Europe. So, at the European level, we need to see legislation that clearly penalises those who are polluting in order to help finance the fast scale-up of electrification of all kinds of transport and the entire decarbonisation of the economy.

What do you believe consumers most want to see develop within the e-mobility market over the next 10 years?

What “trends” do you see happening within the Portuguese e-mobility ecosystem at this time?

Electric vehicles sales are increasing a lot and we are seeing more and more 100% electric vehicles. Although the public charging network must expand at an enormous speed, the fleets of enterprises are being electrified. Peace and quiet is being restored to historicc entres of our cities. These places are becoming more pleasant for people to live there.

In your view, how can different actors (industry, governments, etc) work together to further promote EV adoption in Portugal?

There is no other way. Or we work together to achieve those targets or there will be no positive progress for industry, the government, or citizens. The only way forward is through cooperation between all.

Lastly, can you tell us where you expect Portugal will be on “the e-mobility road” by 2025?

I really believe that we are on a positive path towards change, but this change must be broader and quicker. Honestly, we don’t have too much time to get things done. We need to electrify all fleets of officials at the local, regional and national level. This will set the example to private enterprises. We don’t have too much time, but there is still time enough. Let’s do it!