With Europe's Electric Vehicle (EV) landscape continually growing, Norway has been well known for leading the continent with EV readiness and to this day, continues to top global charts and records in EV sales. At the same time, the usual suspects, France, Germany, and the UK, are mighty in EV sales, however, it is Norway that continues to hold its own with remarkable growth.

Known for the highest EV adoption rate, Norway continues its massive deployment of infrastructure and charging stations across the country, specifically DC fast chargers, and has the largest EV owner's association in the world with 115,000 members driving this change.

When success happens, it's usually because hard effort and numerous initiatives are happening behind the scenes. But what's under the hood to keep the momentum sustainable?

"The Norwegian entrepreneurial tradition has supported the growth of eMobility in numerous ways over the years. The timing and ambition are always coordinated with private and public initiatives, from tax rebates going as far back as the early 1990s." Said Toby Eidhagen, Regional Specialist and Sales Manager at EVA Global, when commenting on the Norwegian EV market. "Creative initiatives started in the early 2000s, when electric cars were allowed to drive in specially designated public transport lanes, but also in recent years, where the state has introduced significant private infrastructure investment support in charging stations." concluded Eidhagen.

As we look and admire at Norway's impressive EV adoption rate, we can observe how continued support with market-driven development on government-private infrastructure initiatives, its stakeholders, and finance bridges also expedite the gap to fund infrastructure solutions without delay. The 'bridged gap' example demonstrates how the speed in the electric transition can be accelerated through positive infrastructure collaboration.

With easier access to available publicly financed EV charging stations playing a crucial role in the Nordics' rapid pace of new private charger installations - this framework instills confidence that drivers should not experience future charge bottlenecks, as the market is seeing a continued rise, with now over 80 percent of new passenger cars sold in Norway in 2021-2022 being either hybrid or all-electric.

Where are things going in the future? Should the momentum continue, Norway will meet its own self-imposed commitment when the Norwegian parliament decided that all sales of new cars and vans shall be zero-emission by 2025. While that's exciting, the country looks ready to take the next step in making cities more livable and safer, all while reducing electricity demand and traffic congestion for all.

In a recent 2022 study performed by the Norwegian EV Association, 68% of respondents in a survey indicated its lower cost of usage influenced their purchase of an electric vehicle.

"One key reason for high electric vehicle sales and adoption in Norway is the 'polluter pays principle.' While a traditional ICE vehicle would have to pay 25 % VAT and high purchase taxes, EVs are exempt from both. Thus, making them more competitive in terms of the purchase price. Moreover, EVs pay 50 % less on toll roads, ferries, and public parking, making them cheaper to own." Said Lars Lund Godbolt, Senior Advisor for the Norwegian EV Association, when explaining what is known locally in Norway as the "50% rule."

On the other side of the debate over traditional ownership costs, it is accepted that ICE vehicles are more affordable when purchased new. However, the government incentive mechanisms added in recent years show the way for consumers by making electric vehicles the more affordable and appealing choice in the longer run despite their current production costs.

With electric vehicles poised to transform nearly every aspect of transportation, Norway is paying attention to signals from the drivers, especially by improving overall experience at the charge point. While the electric transformation momentum continues in Norway and throughout Scandinavia – EVA Global is supporting key partners in the region such as DCS, IONITY, Siemens, Greenflux with services such as EVA Assists & web app assistance, helping with charge point questions, and assuring only the best customer experience is available for every EV driver.

As Norway's nationwide electric transformation surges, its private-public cooperatives continue to make a difference. Having the infrastructure and incentives in place instills confidence, followed by anticipation and expectations that Norway will continue to lead European EV adoption and be at the forefront globally.

Our Women In EVA Global series continues this week, as we highlight female leadership here inside... 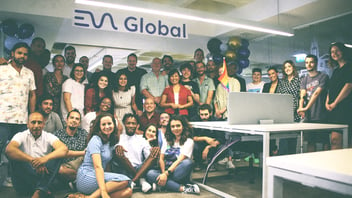 EVA Global today announced the official launch of its newest contact support center, based in... 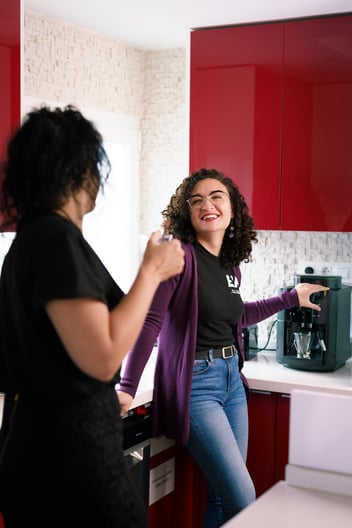 Our Women in EVA Global series continues this month as we share insight and experiences from the...